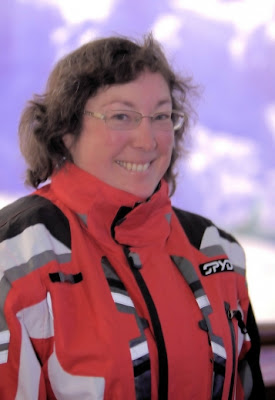 Jane, 35, has been an alpine skier for more than 20 years and in January 2012 won three gold medals at the Great Britain Nationals in Pila, Italy, in the Slalom, Giant Slalom, and Super Giant Slalom categories.

“Special Olympics means a lot to me,” Jane says. “It has helped me realise my potential for doing Alpine Ski Racing. I never thought when I started out in this sport that I would have such opportunities for training and competition. I’ve seen great improvements in my skiing and I’ve grown in confidence.”

Jane trained for the 2013 World Winter Games at the Bowles Outdoor Pursuits Centre and Bromley Ski Centre, as well as attending regular gym sessions at the fitness centre in St. Johns, Tunbridge Wells.

Jane works at Sainsbury’s in Tunbridge Wells and is an active member at St Matthew’s Church in High Brooms, where she volunteers her time as a Sunday School assistant and serves as a member of the Welcome and Ministry Team which helps lead worship once a month.

“Special Olympics has changed my life immensely,” Jane comments. “I’ve become a more confident skier, I’ve made new friends and I’ve developed my skiing further by training and taking part in competitions here in the UK and abroad.”

More than 100 nations participated in the event in South Korea, with 2,800 athletes with intellectual disabilities taking part.

If, like me, you’re working on Christmas Eve and feeling a little hard done by, it’s a good time to consider that it’s actually not all that bad.

This morning, I was reading a host of Twitter posts from disgruntled employees, bleating blithely about having to work on Christmas Eve. I won’t repeat some of the choice language, but you get the idea. Then I came across the following Tweet from @DS_Rosser – a Brighton based Detective Sergeant, who specialises in hostage and crisis negotiations.

It read: “Been up on Beachy Head and it’s proper dark and proper wet. Negotiated with female in distress clinging to the face of the cliff. Female wasn’t engaging with uniformed officers and generally sat in silence. Suicide notes left, goodbye texts typed…. Eventually managed to get her to come away from the edge for some help. As we were walking away she gave me some lovely customer feedback. Feedback that I’ll never forget….she looked at me and said: “You need to work on your technique, seriously…”

It hammered home that there are amazing people out there, who deal with life or death situations on a daily basis. Not just DS Rosser, but the armed forces, nurses and so on. These people are rarely appreciated until they make an impact on your own life.

On the other side, DS Rosser’s straightforward explanation – clinical almost – reveals how he must have to ‘close off’ to such intense situations. Faced with that poor woman literally hanging on to life by her fingertips, called for immense courage and confidence. Feelings rule so many people’s lives, with sadness and loneliness being the ones that too often drag the sufferer into despair.

So what do you say to someone who has chosen to give up on life, has no more words to say and has already written her goodbyes? How do you pull someone away from the brink of suicide? Whatever DS Rosser said, worked – to the extent that she even joked with him afterwards. Perhaps, it wasn’t what he said, but the fact that he gave up his time and took the trouble to listen and to talk.

Loneliness at this time of year can intensify for those who have nobody to talk to and nobody to listen. Surrounded by everyone asking: “So how are you spending Christmas day?” and sharing details of family get-togethers, those who are on their own must feel as if Christmas is a punishment, rather than a time of celebration. It’s a cliché, but as clichés go, it’s a good one: but if you can spare a thought for someone on their own this Christmas, please try and do what you can to help. A few words and little acts of kindness can have an immeasurable impact on a lost soul.

I’m reminded of a Tweet I posted in October, that praised the humble art of letter writing. A retired man was going through his loft and found some old school books. Flicking through, he suddenly remembered one of his favourite teachers. He managed to track down her contact details and, on a whim, sent her a letter, thanking her for all she had done. Because she was one of the most popular teachers at his school, his letter began: “I expect you get this all the time, but…”

Within a few days he received a letter from his teacher, which read: “Dear Willie: I cannot tell you how much your note meant to me. I’m in my 80s and live alone in a small room, lonely like the last leaf of summer, lingering behind. You’ll be interested to know that I taught at the school for 50 years and yours is the first note of appreciation I have ever received. It came on a cold, blue morning and it cheered me as nothing has in many years.”

A simple letter can mean the world to someone who feels undervalued. Time is precious and it’s easy to get dragged into the pre-Christmas sprint. But even a few moments spared to give someone a kind word can lift the lowest of the low. Take a moment to think of someone who will be on their own this Christmas. It may not be the first person you think of – not necessarily a relative or friend. What about that guy that goes in the pub that everyone ridicules? Or the one in Sainsbury’s who everyone thinks is ‘a bit odd’? Or the ‘quiet one’ in the office?

The best Christmas present you can give this year is a little bit of your time to touch someone’s heart. 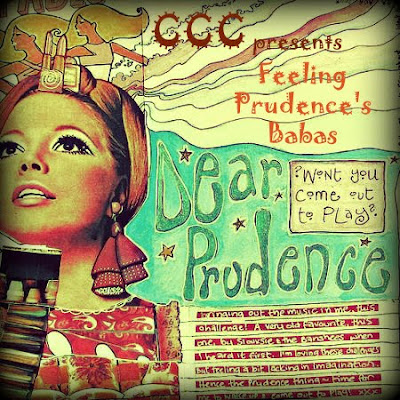 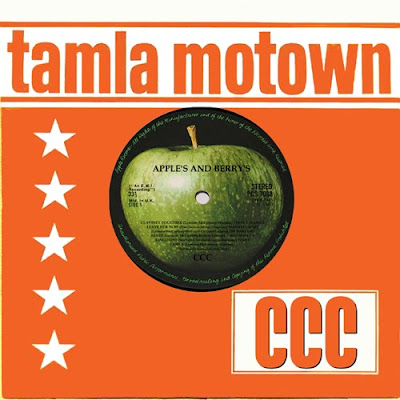 From the forthcoming album, Apple's and Berry's.

I Want Tamla by ccc1

Kelly Watch the Hole and She's Slipping from Cracked Pepper are both getting regular airplay on Beatles Radio. Nice!

Here's a link, but beware ... It's very addictive ... When you know what Dr Robert is about to announce you know you're listening too much. http://www.beatlesradio.com

A Shot of Rhythm & Blues

I Gotta Find My Baby

I Got a Woman

Well, almost. I took two separate perfomances of the track and synced them. Took a lot longer than you'd think - but I like the effect. 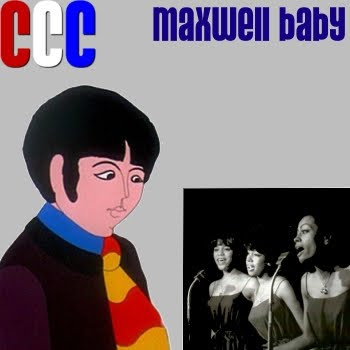 If I Let You Down

Beatles: Don't Let Me Down
Gladys Knight & The Pips: If I Were Your Woman

A bit of a diversion from my Abbey Road / Motown mash album, this Gladys track was always going to be used somehow, someway, anyway. It didn't fit with any Abbey Road tracks, but then I heard John singing Don't Let Me Down and it just made itself from thereon. 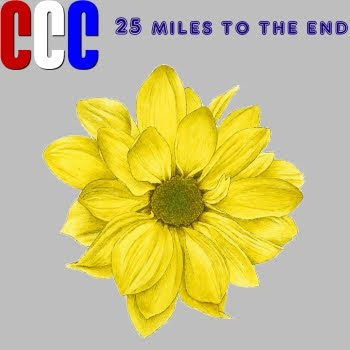 Well a couple of experimental mash ups seem to have evolved into a fully fledged new album - Abbey Road mashed with Motown tracks.

This will be the (almost) last track on the album - and is a mash of The End with Edwin Starr's 25 Miles (plus a few whoops and bleats from Back In The USSR). 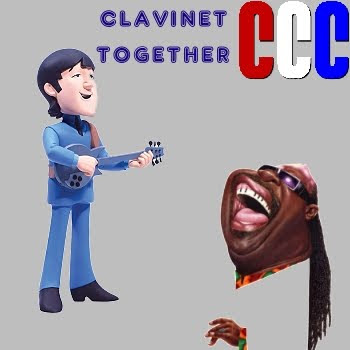 Clavinet Together by ccc1 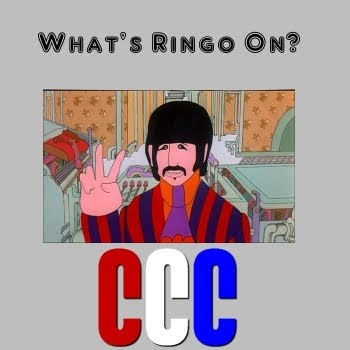 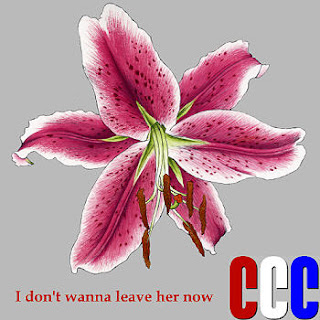 Well, I haven't been around much have I? So - if there's anyone still out there - have a brand new mash, I Don't Wanna Leave Her Now.

Whatever your opinion of the man, he could do a real slip, slidy moonwalk...

Anyway, here's a couple of my old Jacko mashes. I didn't realise that I'd actually used MJ for quite a few of my mashes. So embedded was he in our psyche, that it might take a while before we appreciate what an impact he had to our lives. He's just always been there.

Anyway - here we go: I Want Pity & You Make Me Feel Lovely.


You Make Me Feel Lovely

Sorry for the lack of updates.
To make up for it, here are some videos of my tracks. Some created by me, some created by interweb bods. 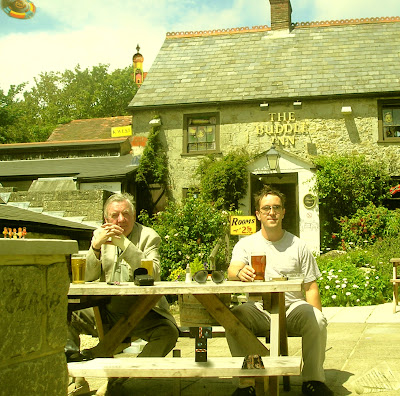 Sorry for the delay, Cracked Pepper is almost complete but blame a certain internet provider for the lack of internet activity...

However, thanks to your enthusiasm, I can't resist posting a few preview tracks. 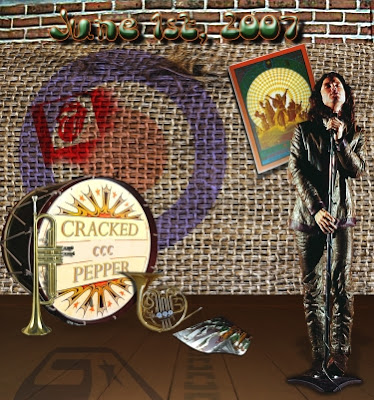 As you may have gathered, June 1st is upon us and Cracked Pepper is not online.
Patience dear reader. There have been delays (not least due to the uselessness of a certain internet provider) but these tracks will be worth the wait.
Cracked Pepper pisses on Revolved from a great height and I can't wait to get everything online.
Keep an eye out as I will be uploading odds and ends over the coming weeks...

And so this is Christmas, and what have you done...?

Well, I've has a quiet year in mash terms, but in 'real-life' I recently got married to the love of my life and it's inspired me to finish off a couple of projects for next year. Both are B**tl*s related - and both will be full albums...

Until then, have a couple of my Christmas mashes to dip into your cranberry turkey at a wishbone-pulling 320.

That difficult 'best of' album.

Sixteen tracks, all remastered and available - for the first time - at 320kbps.

Watch the video for 'Lust Train'